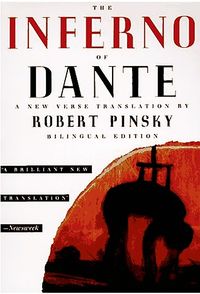 Inferno by Dante Alighieri (sometimes called The Inferno of Dante or Dante's Inferno) is an epic poem, originally published in 1307. It was translated into English by Robert Pinsky and is the first installment of the La Divina Commedia (Divine Commedy).

No tropes have been added yet. To add some, click on the edit button!